Case Discussion: Does Uninsured Motorist Cover a Dog Bite Inside A Car? 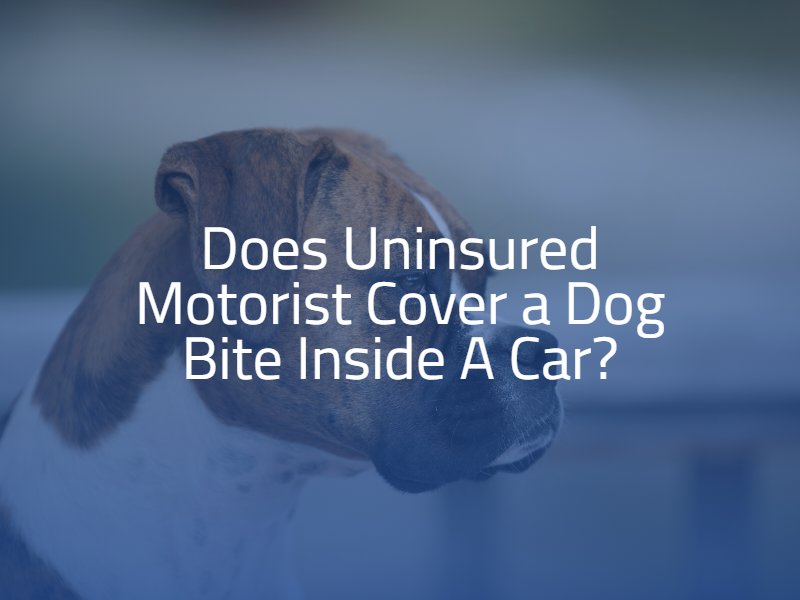 Your uninsured/underinsured coverage on your automobile policy is designed to provide coverage for injuries that arise out of the operation, maintenance, or use of an uninsured or underinsured vehicle. But what exactly does that mean?

In most situations, it is fairly clear when this coverage applies. For example, if you’re in a car accident with an individual where the other driver is at fault but the other driver either doesn’t have insurance or doesn’t have enough insurance to cover all of your damages, your uninsured/underinsured motorist coverage will be available to cover your damages. However, what if the facts are less straightforward? What are the limitations of this coverage?

The dog owner’s vehicle was underinsured, which meant that the owner did not have enough insurance to cover all of the child’s damages. However, the child’s parents had an automobile insurance policy that included uninsured/underinsured motorist coverage.

After maxing out the dog owner’s automobile liability insurance, the child and her parents made a claim under their underinsured motorist portion of their own policy. However, their underinsured insurance carrier, State Farm, argued that this situation was outside the protection of the policy and denied the claim.

Ultimately the Court would decide the underinsured issue. To do so the Court needed to determine whether this dog bite was or was not an incident that arose out of the “use of the vehicle.” In its analysis, the Court relied on a three-part test.

In looking at whether or not the vehicle was an “active accessory” in causing the dog bite, the Court reviewed the specific facts. In particular, the Court found that although the vehicle was parked with the dog inside, the dog owner intended to transport the dog to her parents’ house as part of this trip. Thus, at least part of the purpose of the trip was to transport the dog. Additionally, witnesses testified that dogs are particularly protective of their vehicles and that being in the vehicle made this dog feel threatened and territorial. Also, the height of the vehicle placed the dog’s face at the height of the child’s face. Therefore, the unique setting of the vehicle led to the bite.

The Court ultimately ruled that the underinsured motorist coverage was available to compensate for the child’s injuries.

Although every case will not mirror these specific facts, there are many situations where the reasoning may be applicable and underinsured or uninsured coverage may be available. It is critical to get an experienced Albuquerque dog bite attorney who understands the different insurance policies and coverages available for a particular incident, and who is willing to do the work to investigate all aspects of your injury claim.